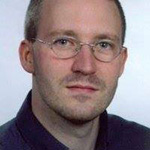 Dr. Mario Fischer was born in Darmstadt, Hesse. He studied protestant theology and philosophy in Mainz, Marburg, Rome and Munich. He wrote his thesis on „The importance of religious experiences in the religious phenomenology of the early Heidegger“. Afterwards, he served as vicar and as minister in several parishes in Hesse. In 2010, he completed his special vicariate and since 2016 is head of the office at the Community of Protestant Churches in Europe in Vienna.